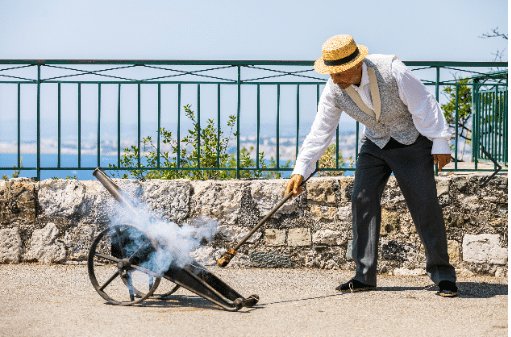 So is this a true story or a legend?

I don't know if you've ever noticed, but every day at 12 o'clock sharp in Nice, the Canon sounds.
Here is the unusual story that Nice continues to perpetuate "lou canoun de Miejour".

In 1861, an English gentleman, Thomas Coventry, persuaded the city of Nice to fire a cannon from the hill to mark the exact time of day. the hill of the Castle to mark the exact time of lunch.
Legend has it that this gentleman wanted to remind his wife, who was late returning from her morning walk, charmed by our Baie des Anges and very talkative, of the time of lunch...

But the reality is quite different.
Thomas Coventry was passionate about time measurement tools.
He had a red globe hoisted on a pole on the roof of the Chauvain Hotel where he lived, to indicate to the fireman stationed at the castle that he should prepare to fire the noon gun. 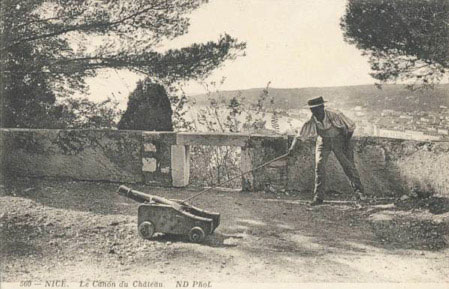 In 1867, Thomas Coventry donated his equipment to the City of Nice and on 19 November 1875, a municipal decree instituted "lou canoun de Miejour".

In 1881, the fireworkers set off the clock on the St. Francis Tower, and then on the radio speaking clock after the war. The artillery piece was replaced several times and the firing site was moved under the platform of the esplanade.
Since 1886, the fireworker sets off a firework bomb, called an "air chestnut". The techniques have changed since 1863, and every day at 12 noon we are startled by a blast.

Would you like to see a traditional cannon shot? 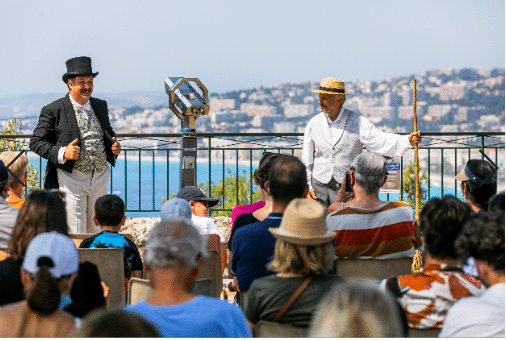 Please note that there will be no performances on 15 and 22 August.
You can get there by car, on foot and even by lift. (Accessible to PRM)